Neutering and its advantages
Male animals undergoing the procedure to have their testicles surgically removed are considered “neutered”. As long as both testicles have descended into the scrotal sac, the surgery is relatively non-invasive, with an incision just in front of the scrotum.

Since neutering removes the testicles, it completely eliminates the possibility of testicular cancer.

Neutering a male animal also reduces the influence of testosterone on the prostate gland and prevents enlargement. An enlarged prostate is more susceptible to infection (prostatitis) and may cause discomfort and interfere with urination in addition to defecation.

Older dogs are often neutered mainly as a treatment against an enlarged prostate.

Personality does not dramatically change after surgical altering, but, territorial urine marking should considerably lessen especially when neutered at an early age.

In addition, male sterilization dramatically reduces the behavioral effects of testosterone, such as aggression and roaming.

Spaying and its advantages
When a female animal has her reproductive organs removed, it is called ovariohysterectomy (OVH), commonly referred to as a “spay”. Recovery generally is fairly quick, though keeping your pet inactive for several days to a week dramatically decreases post-operative complications.

Why Spay Pets?
Pet-population control is another common reason to spay pets. In fact, the city of Los Angeles recently became the largest municipality in the country to pass an ordinance requiring pet owners to spay or neuter their pets, possibly setting a precedent for other communities with an overflow of sheltered animals.

More importantly, spaying your pet has great advantages in long-term health issues. Perhaps the most common health risk avoided by spaying is Pyometra, a rapid, life-threatening infection of the uterus which can occur at any age but is commonly diagnosed in middle-aged to older female dogs.

Early spaying can also reduce the risk of mammary cancer by 99 percent if done prior to the first reproductive cycle of a female dog or cat (usually around 6 months of age). The standard OVH procedure can eliminate the chance of ovarian and uterine cancer, notably all too frequent in unspayed females.

Why advocate early Spay & Neuter?
There are obvious reasons to spay or neuter your pet as soon as possible. These reasons are for the general animal population or for your pet’s health in general. Population Control is a growing concern and by spaying or neutering your pet, you can help contribute to reducing this problem. Responsible pet owners can and should make a collective effort to insure that all pets are neutered preventing any further increases in unwanted pets. We fully endorse early altering and have done hundreds of baby kittens and puppies. The surgery is EASY and the kittens or puppies heal very quickly.

Though many veterinarians and shelters sterilize when the animals are three to four months old or even younger, most veterinarians will recommend spaying and neutering dogs and cats at six months of age. At this time, they should have sufficient growth and development, without yet having gone through a heat cycle. 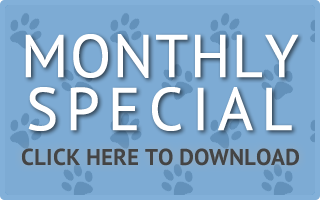